10 Things About Aurora Borealis or The Northern Lights

Ever heard of the Northern Lights, Ever wondered where they come from.  Ever seen photos of the beautiful blue-green sky waves over the arctic. The most vivid natural art form, The Aurora Borealis.

Here are 10 things about “Aurora Borealis” or “The Northern Lights”you should know : 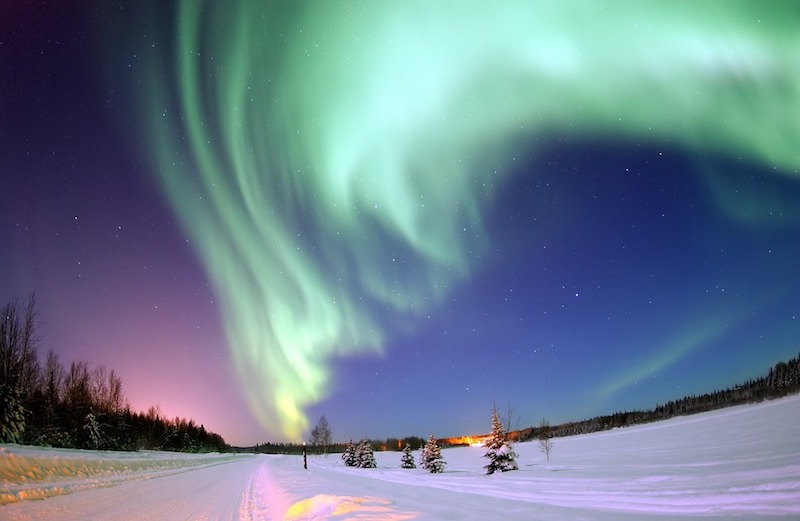 Whenever a solar storm from the sun comes into to contact with the magnetic field of the earth, the plasma present in the solar storm collides with the nitrogen and oxygen atoms, resulting in a very beautiful wave of different colors. This natural phenomenon of color wave formation is one of the most beautiful scenes on the planet.

“Aurora” is derived  from the Roman goddess of dawn; “Borealis” is derived from from the Greek word for the north wind, “boreas.”, hence the official name “Aurora Borealis” was coined by  Pierre Gassendi who is known for his work on the planet Mercury’s transit. 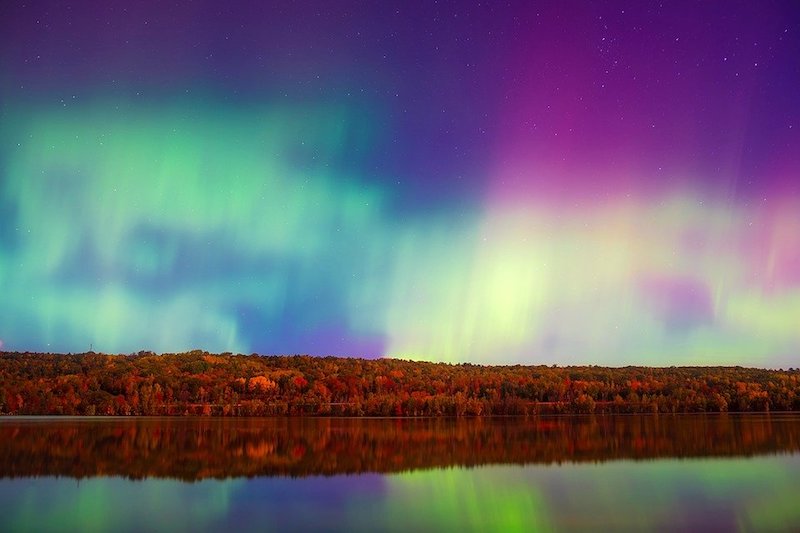 The color of the aurora is determined by the gas involved in the collision, Oxygen results in greenish yellow or red while Nitrogen generally gives out the blue color and their blend produces other colors like purple, pink and white. It’s like the sun is brushing colors over earth’s canvas. 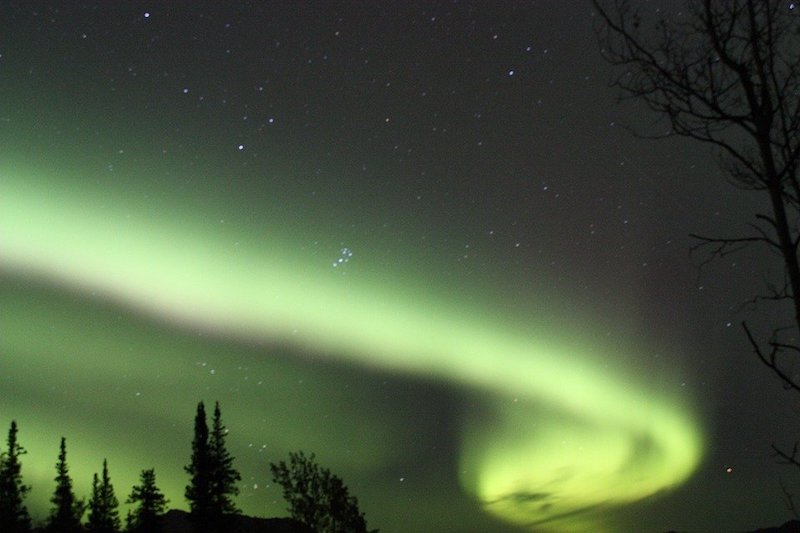 There are a few legends related to the “Northern Lights”, Some Inuit believe the lights are the spirits of the animals they have killed while others consider the lights to be a guide to the pathway of heaven for the departed souls. While during the roman empire people viewed the red lights as a bad omen.

They have been mentioned on a Babylonian clay tablet around 567 BCE as an unusual “red glow.”

But the earliest they can be traced back to a 30,000 year old cave paintings in France. 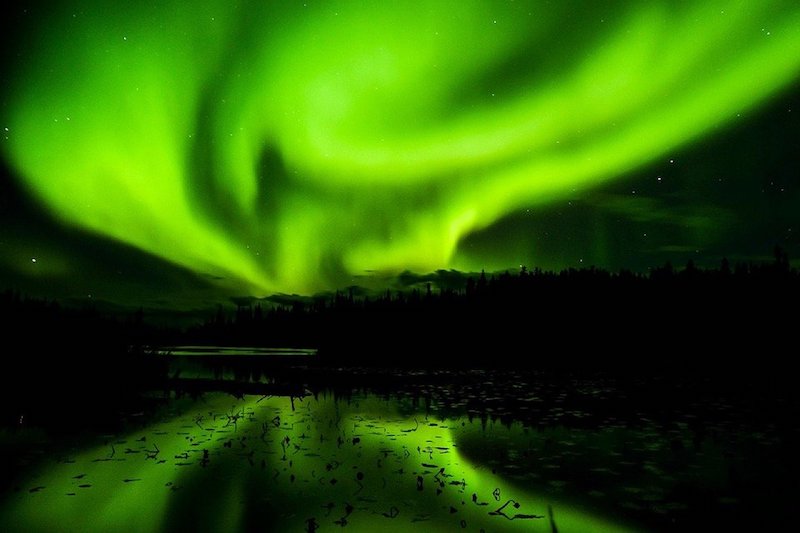 The Northern Lights are highly unpredictable because it is very difficult to predict the shape of coronal mass ejection (particles ejected from the sun). The particles in plasma have a magnetic field of their own so you cannot predict the direction in which the CME is pointing until it hits.

NOAA has provided a 30-minute forecast of aurora and where one can most likely catch one. 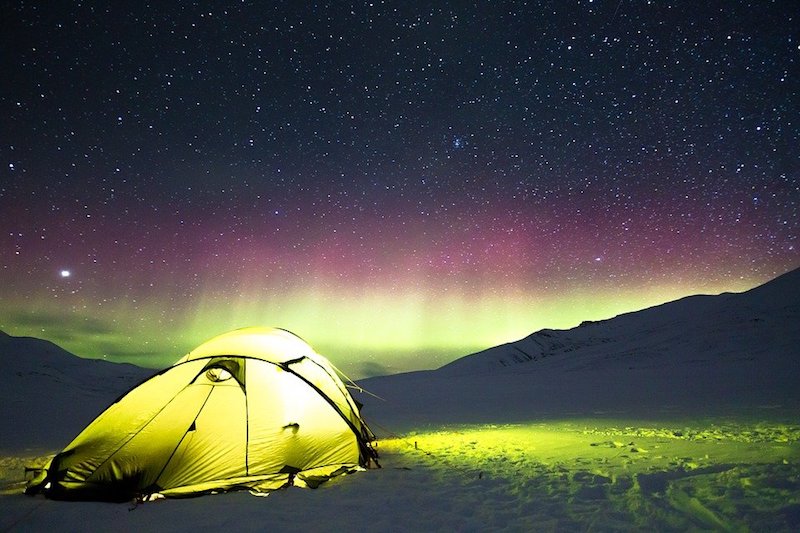 The sightings are more likely to occur in 3-4 hours around midnight, the previous sightings so far have been in Fairbanks ( Alaska ), Yellowknife ( Canada ),  Manitoba ( Canada ), the southern tip of Greenland, Reykjavik ( Iceland ), Tromsø ( Norway ), Dawson City ( Yukon ), and the northern coast of Siberia.

The best viewing of “The Northern Lights” occurs in dead winter near to the magnetic north pole of the earth. Please note that the geographic and the magnetic poles of the earth are not same.

Here are some tips by NOAA for viewing aurora. 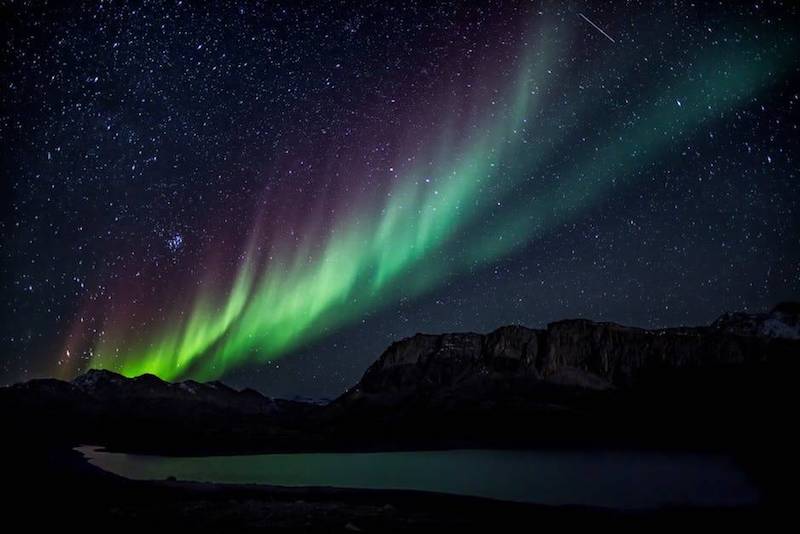 Auroras are quite dim when viewed through the naked eye but cameras are more light-sensitive and the one with a long exposure lens can capture some pretty spectacular photos.

Here are a few things you must consider before you plan a trip to photograph the northern lights.

b. A Cable Release

Here are two videos you can see for reference:

7. Also Visible On Other Planets : 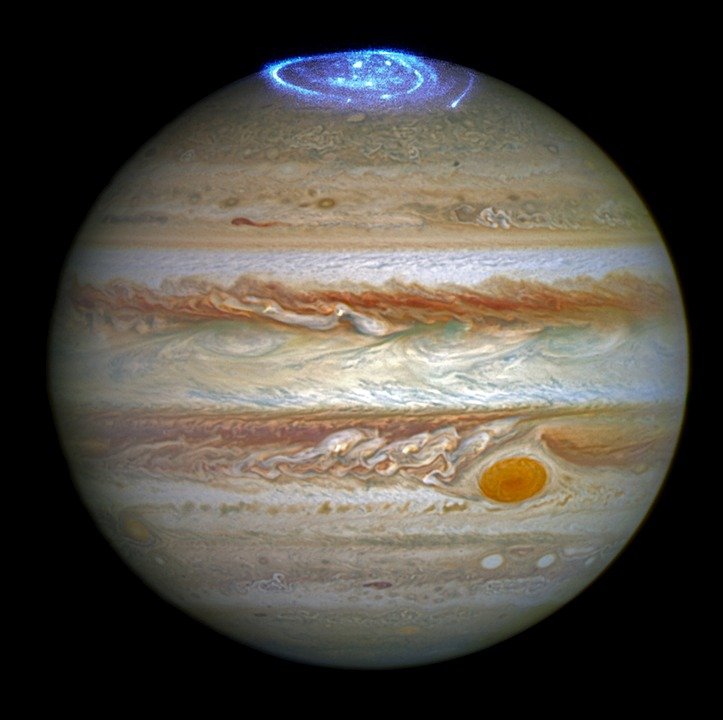 Not only Earth but several other planets in our solar system have auroras. Jupiter, Saturn, Uranus and Neptune also have auroras.

When the Hubble Space Telescope spotted aurora on Uranus in 2011, they looked more like brightly light spots.

8. There Are SOUTHERN LIGHTS As Well : 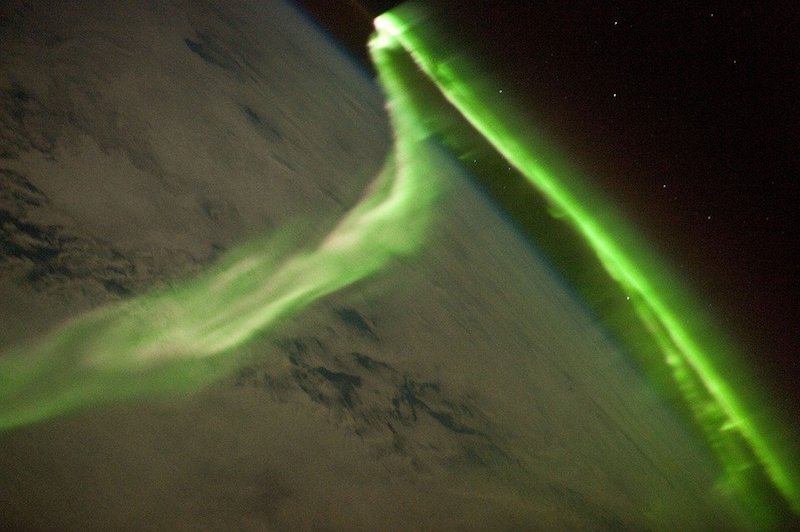 The southern lights can be observed in Antarctica, Tasmania and the southern tip of New Zealand. 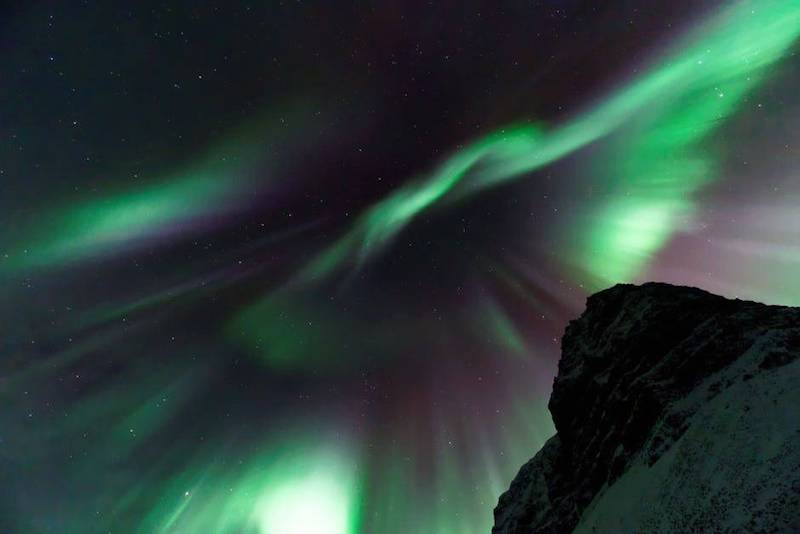 Some people claim that they have heard “The Northern Lights”, they say it sounds more likely like applause of the spirits from the heaven above.

Here is a video by Professor Carolin Crawford, Gresham Professor of Astronomy, in which she explains the phenomena and gives an example of how actually the Northern Lights sound. 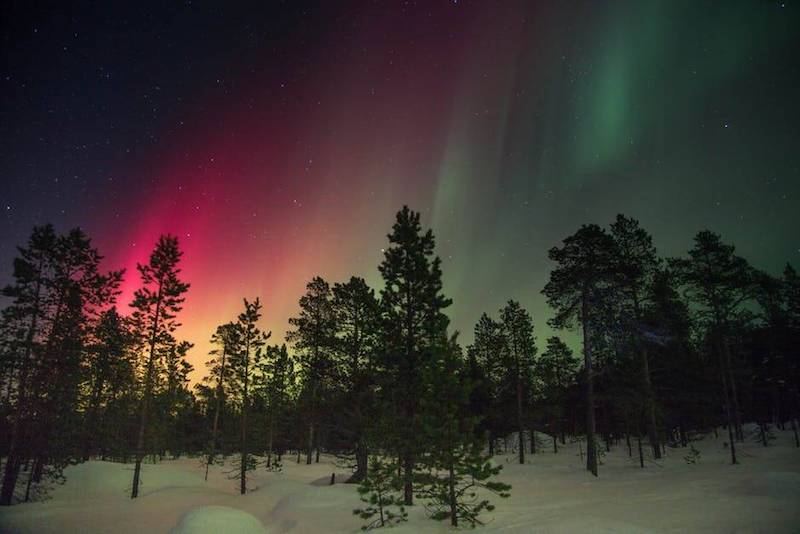 Viewing a video of the “Aurora Borealis ” or “The Northern Lights” has been very effective in helping people suffering from insomnia. People tend to relax while viewing the beautiful natural phenomena, some have also compared it to meditation in terms of relaxation.

Here is a video that can help you sleep and relax:

Mental problems have multiplied by the time, everybody has some or the other tension in mind. In modern times like these where people mostly live in sky scrappers away from all the natural beauty seeing the aurora helps them to appreciate mother nature and also to look inside their life as well.

Side Note: Once in your life time try to see these beautiful scenes of natural beauty and be sure to go with your special person.

The aurora for me gives hope and restores my faith in nature. It also helps me believe that each and every life can be as colorful as an aurora.

Apart from the scientific facts if we see it through the eyes of a poet, it is nothing but the love of sun for the earth, its embrace in the most vivid and magical art form. It’s nothing short of a celestial love affair.

So these were the 10 things about aurora borealis or the northern lights. Hope you will see them one day.

10 Things You Must Do After Your Breakup

10 Things You Need To Know Before You Travel To Peru