10 Things About The Rock You Did Not Know 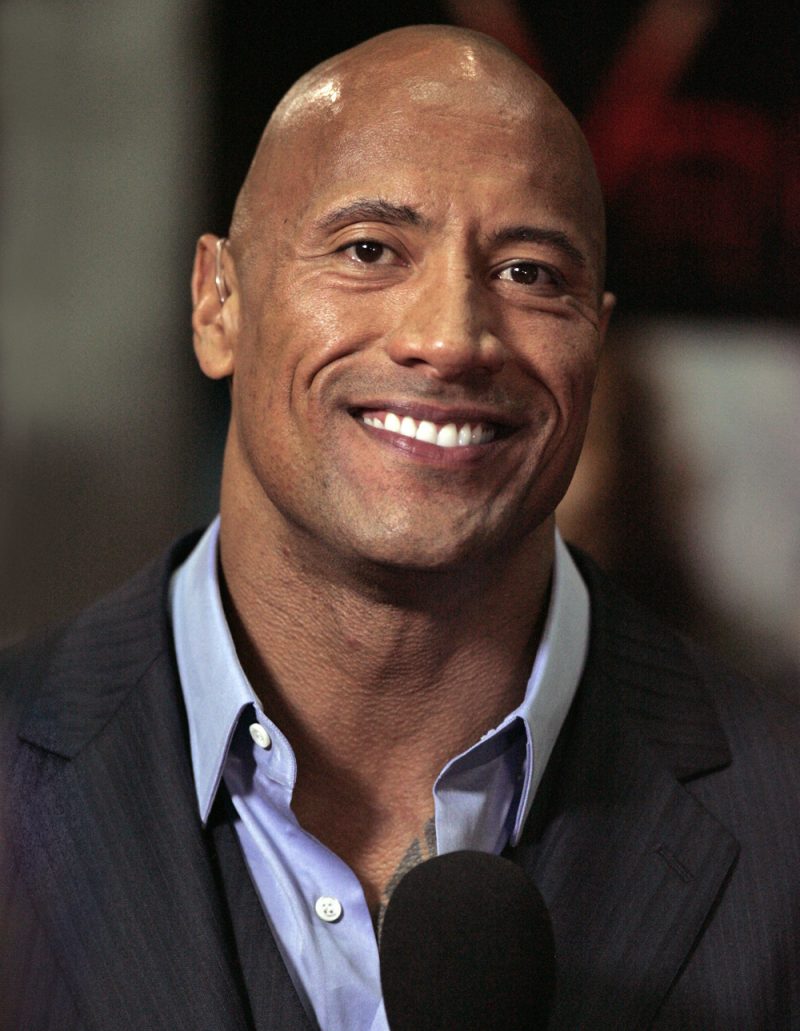 Who does not know ‘The Rock’? He ruled the wrestling world and is still one of the biggest wrestling stars. He is a multitalented person in all true sense and purpose which made him even more sought after man alive.

Here are the 10 things  about The Rock, Dwayne Johnson 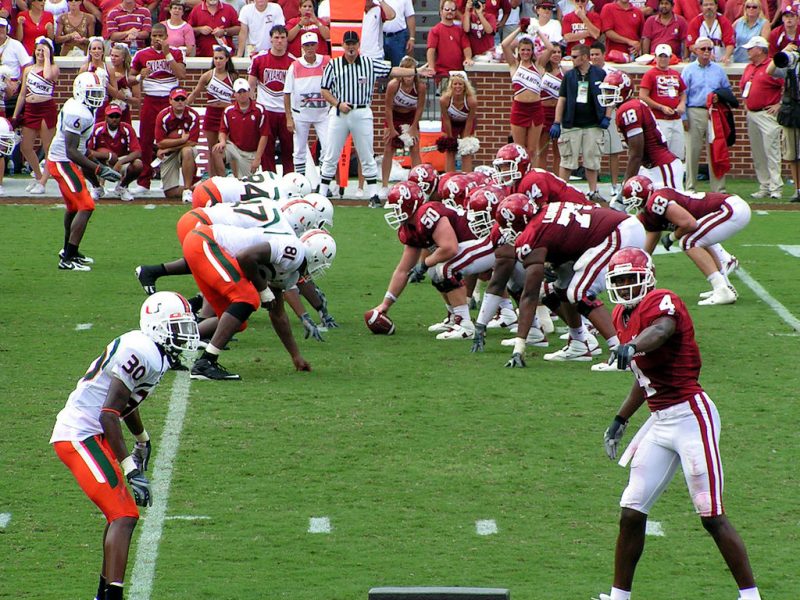 He played football in his college days. Needless to say he was very good in that. He had scholarship on football in Miami University. He played for national championship. He was a skilful and extremely fast learner. He used to work hard and won his position in the team. Though he couldn’t make it into the NFL, yet he joined the Canadian Football League. Moreover he is a very learned person unlike other stars who dump their studies in the middle. He actually graduated from Miami Universities and got his degree in Criminology. It won’t be a surprise if you see him joining the FBI in the near future. After all, his personality and physique will really match for an FBI agent. 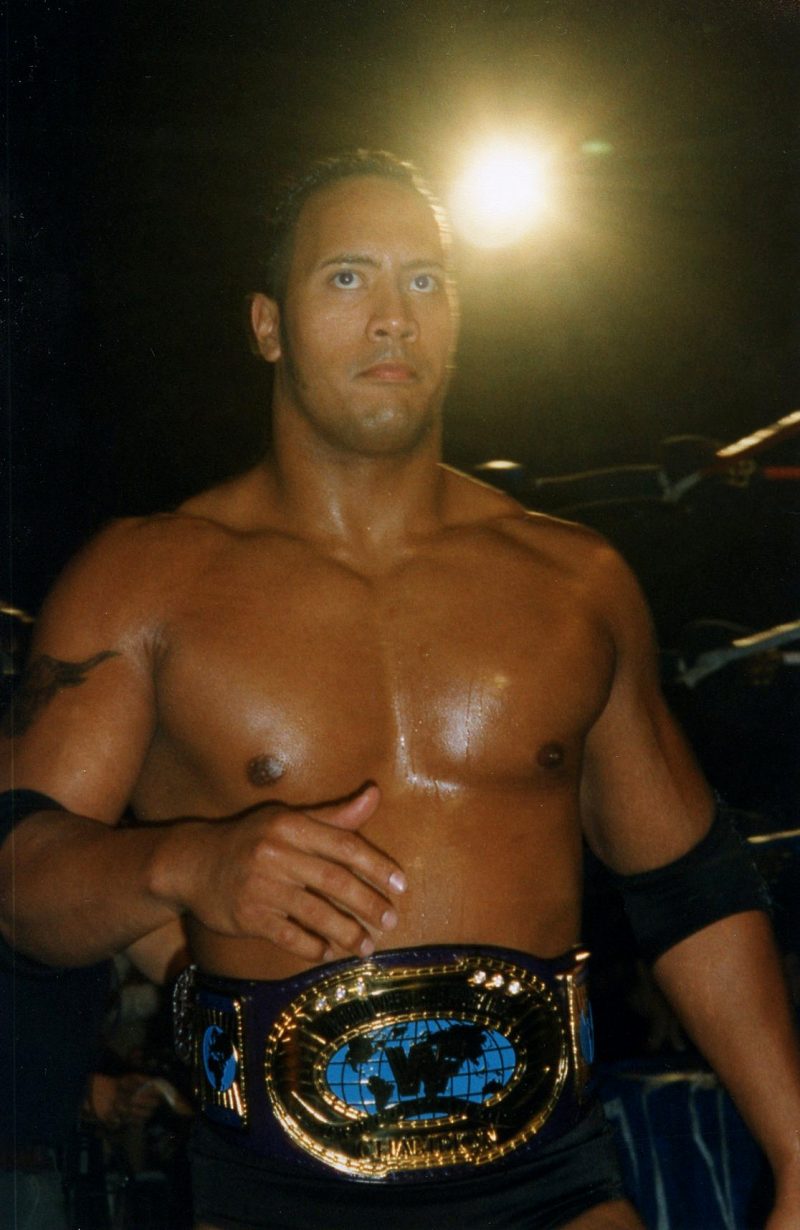 Wrestling runs in his blood. Peter, the High Chief was his grandfather. Even Johnson’s mother married wrestler, Rocky Johnson. So Dwayne is a third generation wrestler, so when he started his career people started to talk about his family connections with the wrestling. His maternal grandmother Lia Maivia is the female wrestling promoters too and overall his family has uncles, cousins- all wrestlers and includes great wrestlers such as Roman Reigns and Rikishi. After his football career he finally made into the world of wrestling. As a debut wrestler he had his nickname Flex Kavana which he later changed for the sake of his movie career. 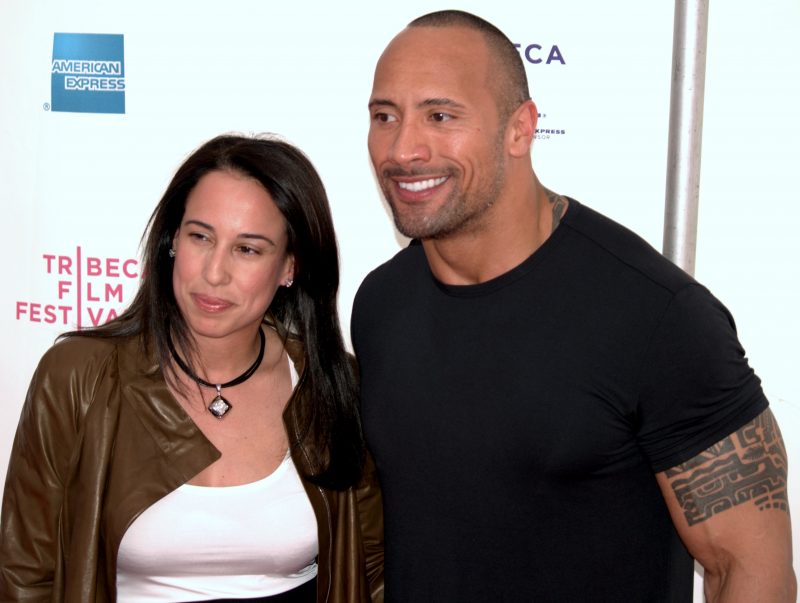 Not just one, but he has two Guinness Book of World Records. The first one due to his highest pay as a first-time lead role actor. He was paid $5.5 million for his debut role. Later he made his second record for most selfies taken during the premiere of San Andreas. So, he is not just famous worldwide but also has historical records. Who knows maybe he will get few more record in the future.

He was the two-time host of SNL and his appearance was really praising. His acting skills were evident back then though he was just a wrestler. His work was so great that even Steven Spielberg praised his performance. 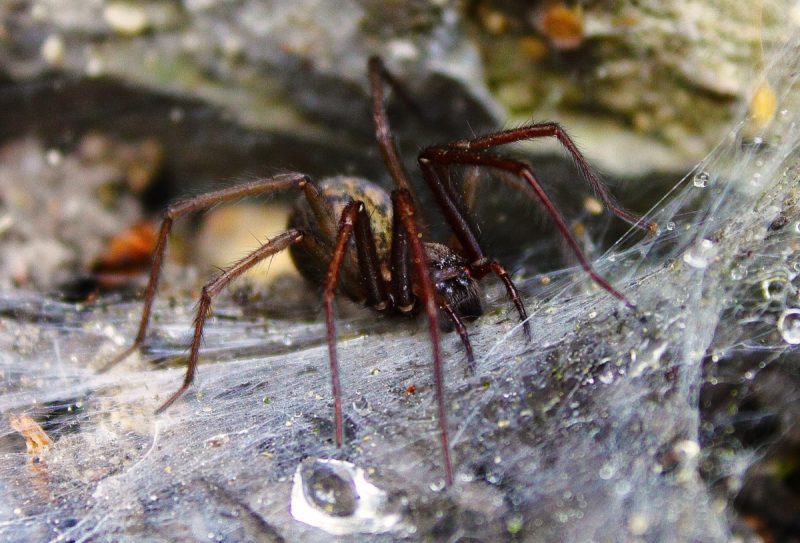 It is hard for his fans to believe that even a person like him is afraid of a few things. Well, it is true. After all everyone have some fears. This all-muscled guy has fear of miniature horses, spiders and roller coaster rides. Imagine him in front of a spider, yet he wants to flee from that insect. This part of his character made him more adorable to us. 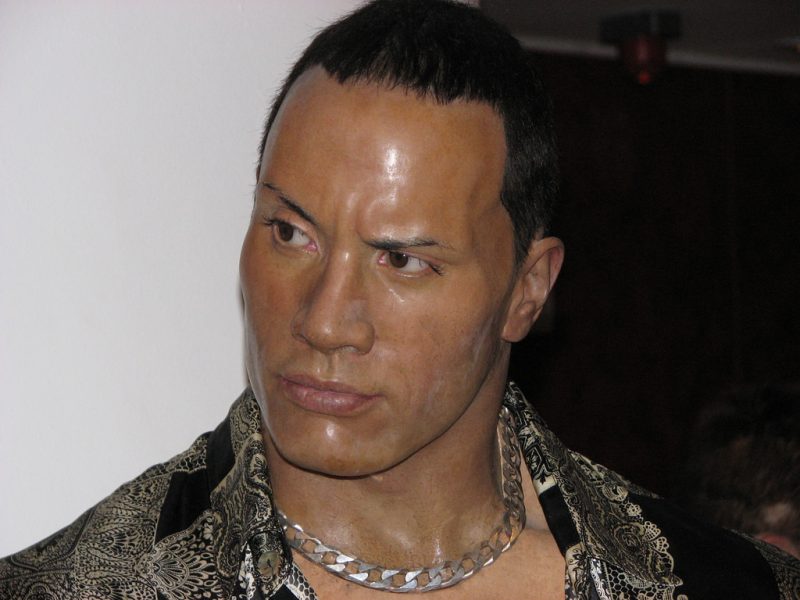 His wax model in Madame Tussaud’s museum was made because of his end number of championship in WWE. He also performed in many high-grossing movies which made him even more famous. His replica model was created in 2002 and that model is stunningly beautiful. 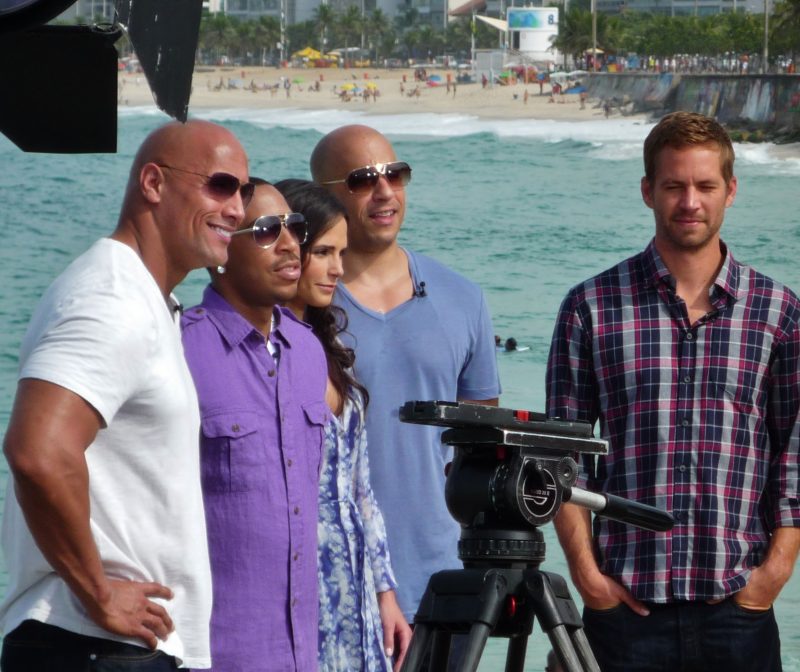 In case you are wondering Johnson is one of the highest grossing movie stars. His movies were mostly box-office hits. His Fast and Furious franchise is immensely popular. His action packed and tough look skill goes extremely well with the movies he does. 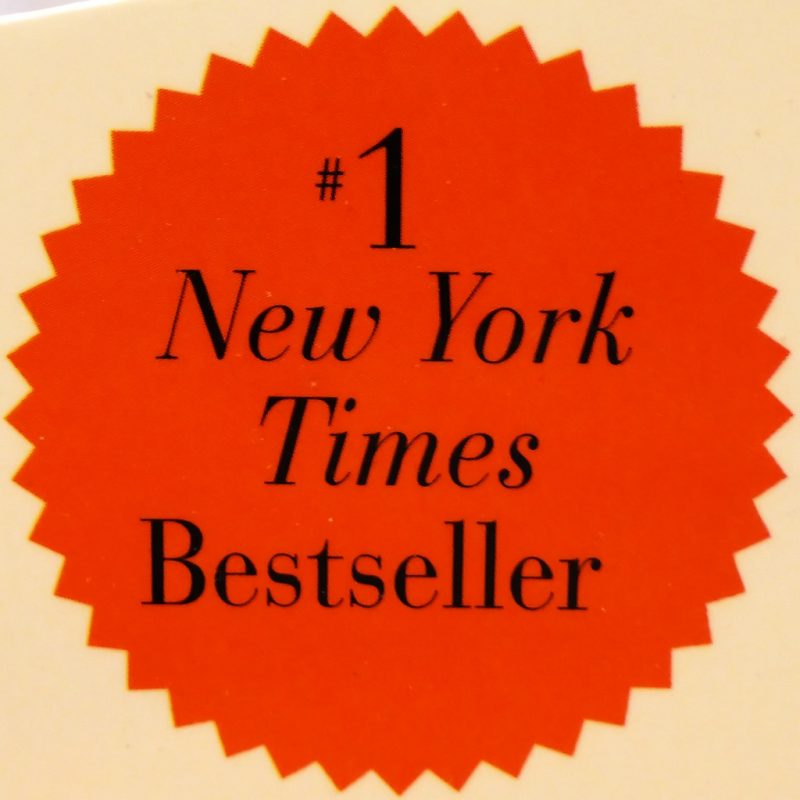 Did you know he is a bestseller? He wrote his autobiography which has detailed story of his background, career, struggle and professional adventures. The book got its No. 1 position in the New York Times Bestseller’ list. 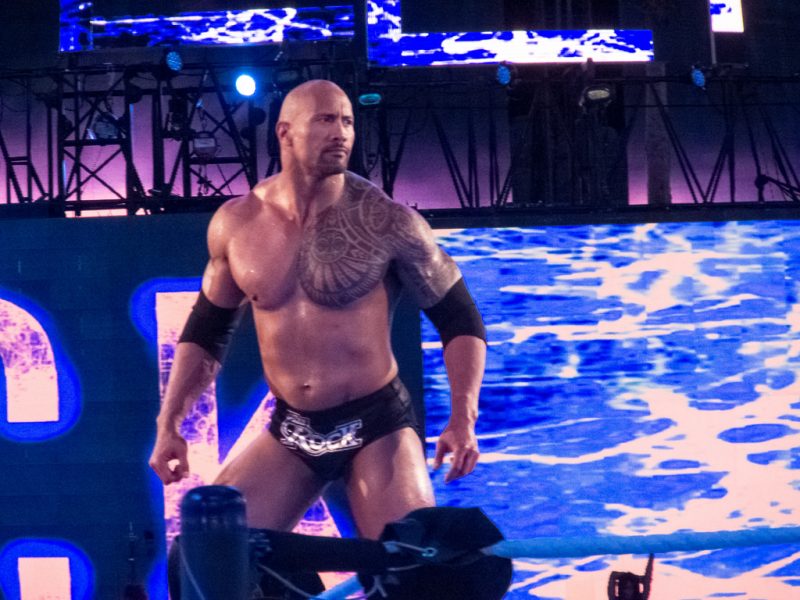 Many believe that he is African American and Caucasian too. There are other thoughts which say he has Spanish origin too. Though, he himself strongly says that he has black descendants. But it is that he is actually half Samoan and half Afro-American. No matter what he is gorgeous and stunningly handsome. And this tops it all. 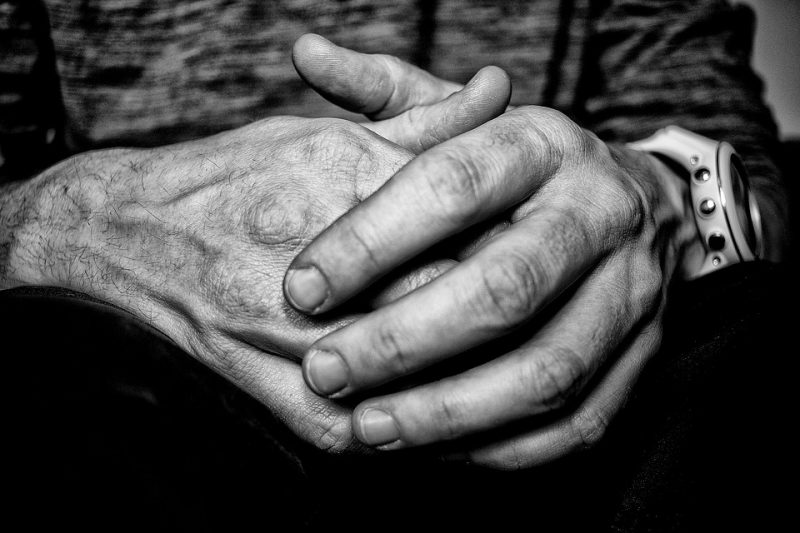 He could be very funny and vibrant. In reality he struggled with long term depression when he suffered a shoulder injury while playing football. It was during this time he fell into complete depression as he was cut from the Canadian League. Later his depression grew when his childhood love story got divorced. He is a normal human like the rest of us and depression did not make him weak. He learned a lot from his bad times. He fought his depression well just with his confidence and hope.

Not just WWE star and movie star he is a person who knows not to stop, only moving forward. He never had any bad record against him. His popularity does not involve any messy involvement. Whatever he is now, he is not horrible or a bad person. Dwayne Johnson is a lovable and amazing person.

So here were 10 things about The Rock you did not know.

10 Things Every Traveller Should Know About Australia